After a very nice breakfast provided again by our Headline Partner Grant Thornton we were ready to begin, Day 2 would be a very relaxed affair with audience participation and a very open set of discussions. 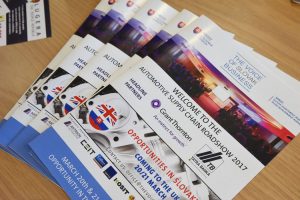 Mr Plant again opened the day’s proceedings and talked a little about the activities that The Voice of Slovak Business was able to provide and a little more about our Headline and Strategic partners and recapped Day 1. 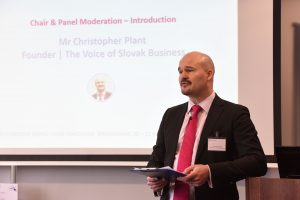 First up was the open discussion based on State Aid and Investment opportunities in Slovakia. Our Speaker was again Dr Wilfried Serles, Managing Partner, Grant Thornton, Slovakia, who as we now know is an expert on Tax in central and Eastern Europe.  He invited Mr Milan Gavlak and Mr Christopher Plant to join him in discussions and to engage in a very interactive session, which it duly was as we spent 40 minutes discussion the various areas of tax and finance that would be interesting to our audience. 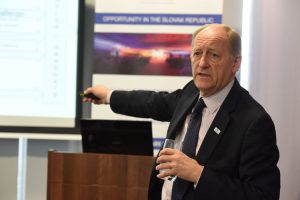 This is where Mr Ratcliffe explained in more detail about JLR’s successful China and Brazil CSR program that is coming to Slovakia and why it is so important to have a first class CSR strategy in place in automotive. Mr Plant thanked Mr Ratcliffe again for his time and support in the last one and a half years.

Next up was Mr Tomas Futas, Program Director, NESS KDC. Mr Futas would give us a very informative overview of IT in Automotive including new products on the market and the software development for Autonomous Driving, HD Maps, Advanced Driver Assistance Systems which made for a very interesting show, continuing on from him with “Fleet management at a glance”, was Mr Rudolf Slavka, Senior Development Manager, NESS KDC. He explained about 3D road system models for helping systems in the car and the visuals technology and portfolio. The bigger your fleet is, the more important is to manage it effectively and benefit from it on return. There are ways to keep your drivers safe and save costs in addition stated Mr Slavka. 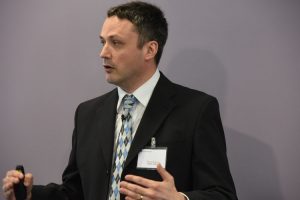 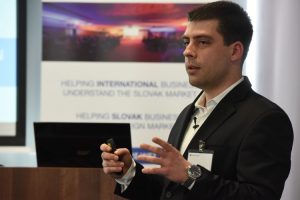 Mr Plant thanked NESS KDC and both seakers and announced a short networking break when on return he and Mr Milan Gavlak would be talking about the OEMs in Slovakia and the opportunity they and Tier 1 companies might be able to provide.

Mr Plant, Founder and Managing Director of The Voice of Slovak Business and Mr Milan Gavlak, Head of Strategic Projects from SARIO took their seats to discuss the Overview of the OEMS: KIA, VW, and PSA. With some interesting input from the audience with particular reference knowledge of Kia and VW the gentlemen were able to have a very interesting discussion about how these OEMS were positioned and what their model in Slovakia was. How the companies were working with tier 1 companies and what opportunity may arise in the future. 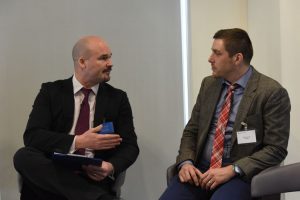 Next up was the second discussion panel, Mr Plant called to the front gentlemen that he had been working with over the past years to give their experiences in dealing with and working in Slovakia. The panellists were as follows: Mr Chris Baumann, Group Managing Director, Aktrion Group, Mr Chris Sipos, New Business Director, Arlington Automotive,
Mr Sean Downey, Business Development Manager, Hi-Technology Group and Mr Michael Melvin, Finance & IT Director, Lander Automotive. 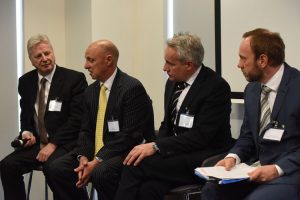 The discussion was varied but the conclusion was that doing business in Slovakia made a lot of sense, was very easy compared to other CEE countries and the quality of the labour and work was very high indeed.

Each of the panellists introduced their companies and explained what their link with Slovakia was and how they were dealing with the individual projects.  Many of our British businesses commented afterwards that this section was very helpful as they could hear directly from business that had and were opening up in the Slovak Republic. 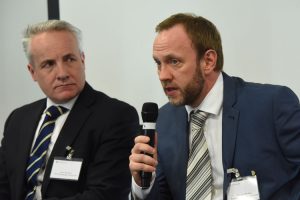 Aktrion and Hi-Technology Group have both been in Slovakia over 10 years where as Arlington and Lander Automotive are just getting their teeth into the market now with visits and meetings over the last one and a half years. We found out what these companies had learned over the last year in Slovakia and what issues were faced in expanding operations in general. If at all UK operations effected by the expansion in Europe. Each of the companies gave their advice to business looking to go into the CEE. They rated very positively the Slovak companies that they had been dealing with. 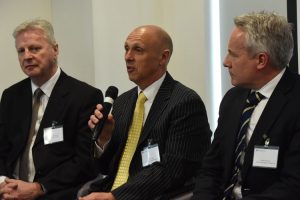 Mr Plant thanked all the panellists and then invited everyone to enjoy the final lunch buffet networking session provided by the host Headline Partner, Grant Thornton UK.

The event was a great success and Mr Plant thanked all of the participants over the two days, he thanked firstly our guest speakers from JLR, Mr Graham Thompsett and Mr Les Ratcliffe. Then he continued to a pay special tribute to Dr Wilfried Serles of Grant Thornton for his support as well as the support for the event as a whole by Headline partner Grant Thornton and the host Mr David Hillan. He also thanked the Tatra banka, Ms Zuzana Kostialova, Mr Juraj Valachy and Mr Dominique Bernard and all their efforts as a Headline Partner of the event.

Mr Plant expressed gratitude to all the Strategic partners and speakers at the event and personally thanked Aktrion, CEIT, Colliers International, GEFCO, KOSIT, Lugera and
Ness KDC for taking part in the event and for providing such incredible content.  He thanked his colleague Ms Adela Kovarova for her contribution and project organisation as well as the Birmingham based Grant Thornton team for helping with much of the onsite organisation, catering and audio visual.

Mr Plant finished with a last thank you to the panellists, Aktrion Group, Arlington Automotive, Hi-Technology Group and Lander Automotive and he thanked all the British business guests that had attended the roadshow. 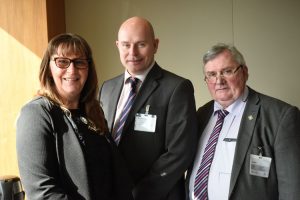 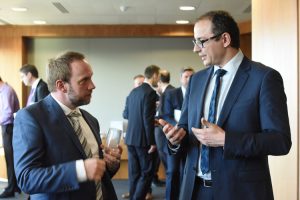 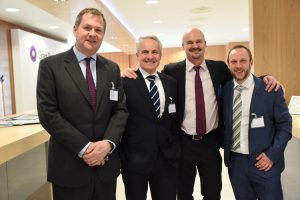 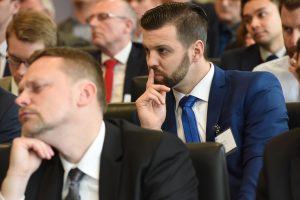 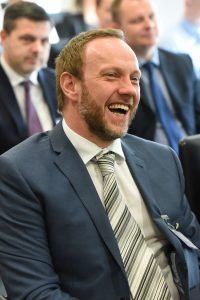 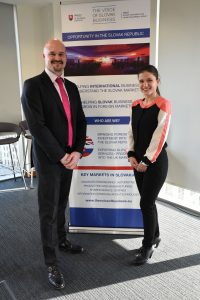